Murdo’s life is in a complete mess yet again. His model girlfriend’s about to walk out on him, he’s about to lose the stylish lifestyle they have together, and there’s nobody to blame but himself.

Murdo's life is in a complete mess yet again. His model girlfriend's about to walk out on him, he's about to lose the stylish lifestyle they have together, and there's nobody to blame but himself. He only has one chance to get it right - and he has to take it quickly.

Slaightearan (Rogues) is the fourth novel from this massively talented writer and sees Norman MacLean continue along the comedic line with this romp of a touring production through the Highlands. Set mostly in Skye, but involving Glasgow and a range of locations throughout Scotland, the array of characters, including Murdo and his girlfriend Rachel, Calum, Morag, Suki and Sam the Scam, make up a colourful crew.

Written in drama documentary style with calendar and clock indicators in the text, we follow alcohol-dependent, struggling actor Murdo as he attempts a last fling with success and a 'make or break' with his girlfriend, whose family do not approve of her choice of beau. They embark on a shabby tour of the Highlands so that Murdo can perform his newest 'sketches’, with a meagre offering of support from Gaelic organisations such as GASD. Little does Murdo realize that he has embarked on a trip that has long-lasting consequences.

Nothing is quite what is seems in Slaightearan, and there are laughs and scams aplenty on this rollicking journey.

Reading Level: Intermediate/Advanced (Suitable for readers with some confidence, level of language is not too challenging)

Be the first to review “Slaightearan” Cancel reply 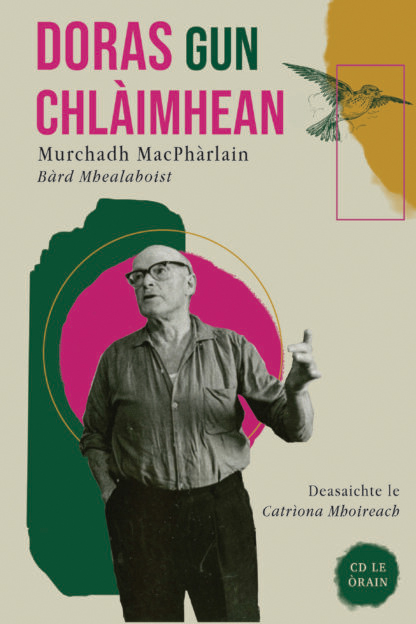